With an aging population worldwide, atrial fibrillation (AF), an irregular heartbeat, is the leading cause of strokes and has reached epidemic proportions. As AF is frequently unresponsive to drug treatment, catheter ablation therapy (selective freezing or heating of heart tissue) is a method to stop the irregular electrical signals that lead to AF.

While catheter ablation therapy is effective, there is a serious potential side effect due to the proximity of the esophagus to the heart (Figure 1). Separated by only a few millimeters, the esophagus can be unintentionally damaged during the ablation procedure, leading to thermal damage to the esophagus and, in a worst case scenario, the formation of an esophageal fistula, which is nearly always fatal. While previous studies have demonstrated ways to protect the esophagus and retain the positive benefits of ablation therapies, there are still limitations in these approaches.

Figure 1: The close proximity of the esophagus to the heart complicates the ablation procedure.

A number of studies have shown that if the esophagus can be displaced by as little as one inch, it is left unharmed from thermal damage. Previous attempts to move the esophagus include using endoscopes, probes, or simple wire stylets to push the esophagus to the side, but being a floppy tube, it tends to “tent” over the device, leaving parts of the esophagus in the same position.

S4 Medical has designed a simple-to-use device, called the “Protect-E,” to gently grab hold of the entire circumference of the esophagus from its interior using mild suction. This shifts it slightly during the ablation procedure, allowing the anesthesiologist to manage the position of the esophagus while the physician performs catheter ablation. The control knob on the “Protect-E” device allows the anesthesiologist to ‘deflect’ the esophagus and move it away from the heart. The device also actively monitors the temperature to ensure that the esophagus is not exposed to the energy of the ablation procedure (Figure 2). 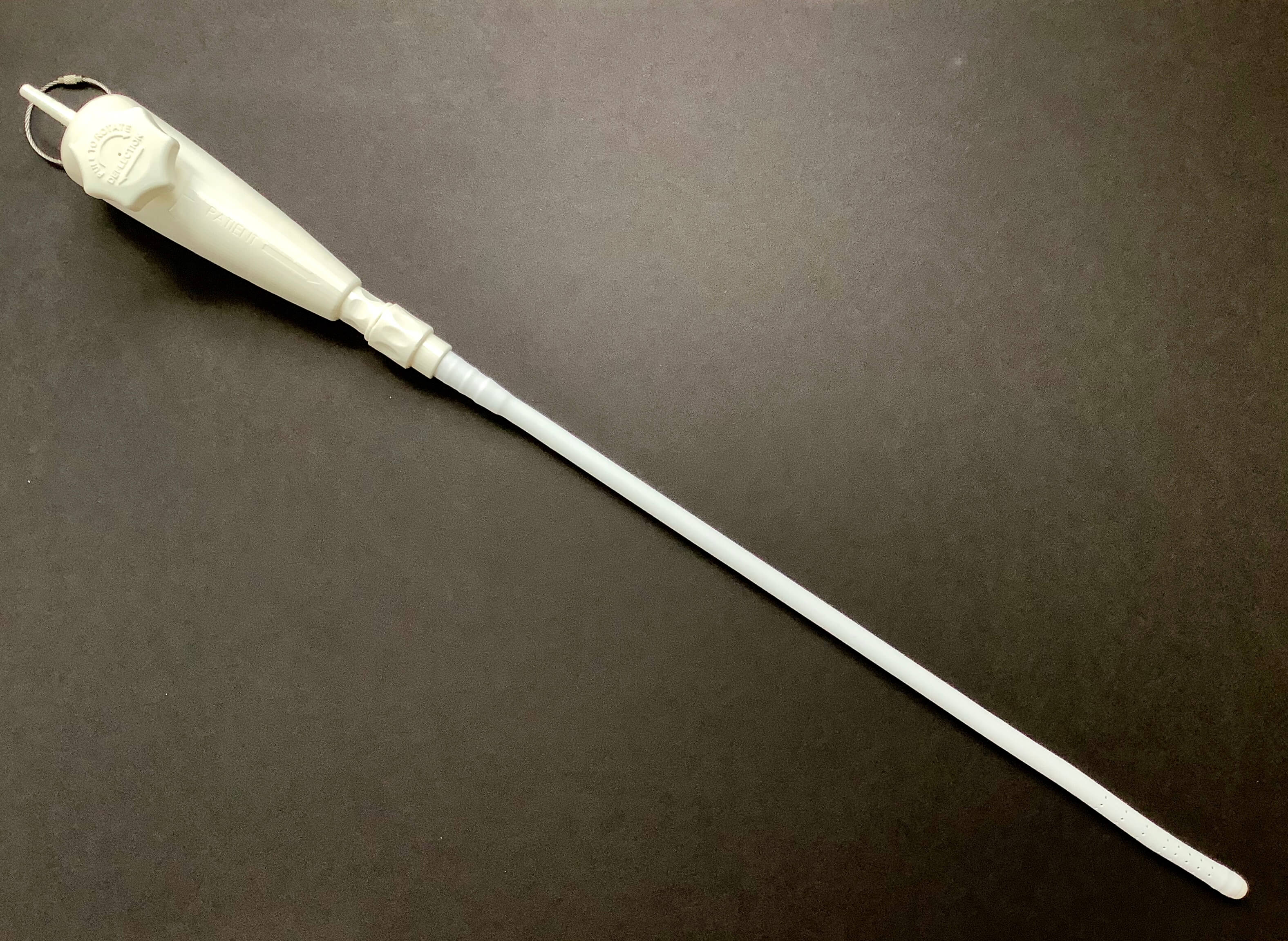 Getting early clinical trials is crucial for medical device startups like S4. Because of this, finalizing the designs and manufacturing the first embodiment of the “Protect-E” was paramount. Traditional forms of manufacturing like injection molding require lengthy and costly tooling cycles that significantly delay the development phase. The Carbon Platform, on the other hand, allowed for S4 to rapidly iterate designs while simultaneously manufacturing end-use parts that were comparable to injection molded equivalents.

“The ordinary 6-8 week or greater time cycle for producing tooling and iterating the design using injection molding could be the difference between life and death for a small medical startup trying to get clinicals. By using the Carbon Platform and biocompatible materials, the design cycle time was cut down to days and parts that were not readily injection moldable were easily handled by our team.”
Blane LarsonVP of Development, Resolution Medical

In addition, S4 Medical found that the medical grade Carbon MPU 100 was the appropriate material for the device. This material has been tested for cytotoxicity, irritation and sensitization, as well as systemic acute systemic toxicity, validating it for use in the esophagus. The biocompatibility and end-use mechanical properties of MPU 100, paired with the speed of the Carbon Platform, enabled S4 to begin testing new devices only a few days after new design iterations were made.

“Working with Resolution Medical on the Carbon Platform allowed us to move through design phases very quickly. We could make design changes on Monday and by mid-week be testing new devices to see how they performed. This translated instantly into savings of both time and money.”
William FullerCEO, S4 Medical

S4 Medical has already conducted a number of pre-clinical studies and intends to begin clinical studies in mid-2019. Carbon is excited to support S4 and its pioneering device that will improve cardiac care, and to its continued partnerships with medical device manufacturers like Resolution Medical that made this possible.

If you are in the healthcare space and looking to shorten your design cycles to speed up your time to market, reach out to Shawn Patterson, Resolution Medical Founder & President, or email lifesciences@carbon3d.com. 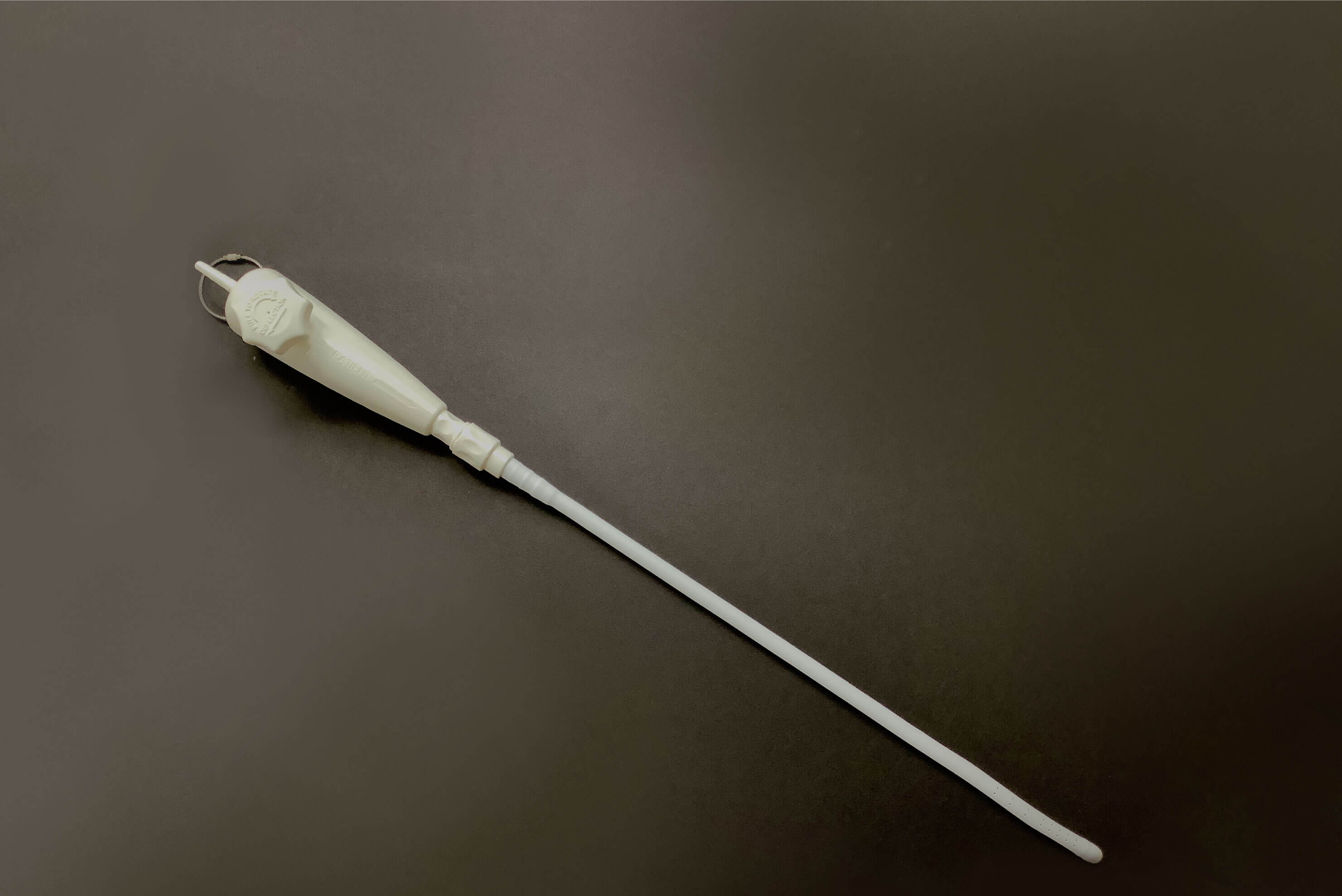