We have been looking at ways to extend the print time of our M1 and M2 printers, with the goal of making them productive overnight with little or no monitoring. Tiered support structures have been described, which enable printing of parts on multiple levels, but these structures tend to require substantial amounts of resin. One of our engineers developed the spiral support shown here, which provides an elegant solution to this problem.

Spiral supports would be useful across a variety of resin types, including conventional resins and dual-cure resins. The amount of resin devoted to the supporting structure should be low, and the print process itself should be more uniform over the total time of the print.

While miniature tops were produced on the spiral support shown for a proof-of-principle, we see this approach as useful for a variety of parts. Small parts such as mechanical and electrical connectors can be oriented vertically on the spiral (like the tops shown), while larger parts can be oriented at an angle so they don’t collide with the portion of the spiral located above each part.

The pitch of the spiral and the “envelope” of the spiral can be modified as needed. For example, while the spiral shown is cylindrical when viewed from above, any shape can be implemented, including a rectangular shape that extends to the full useful field of image projection. 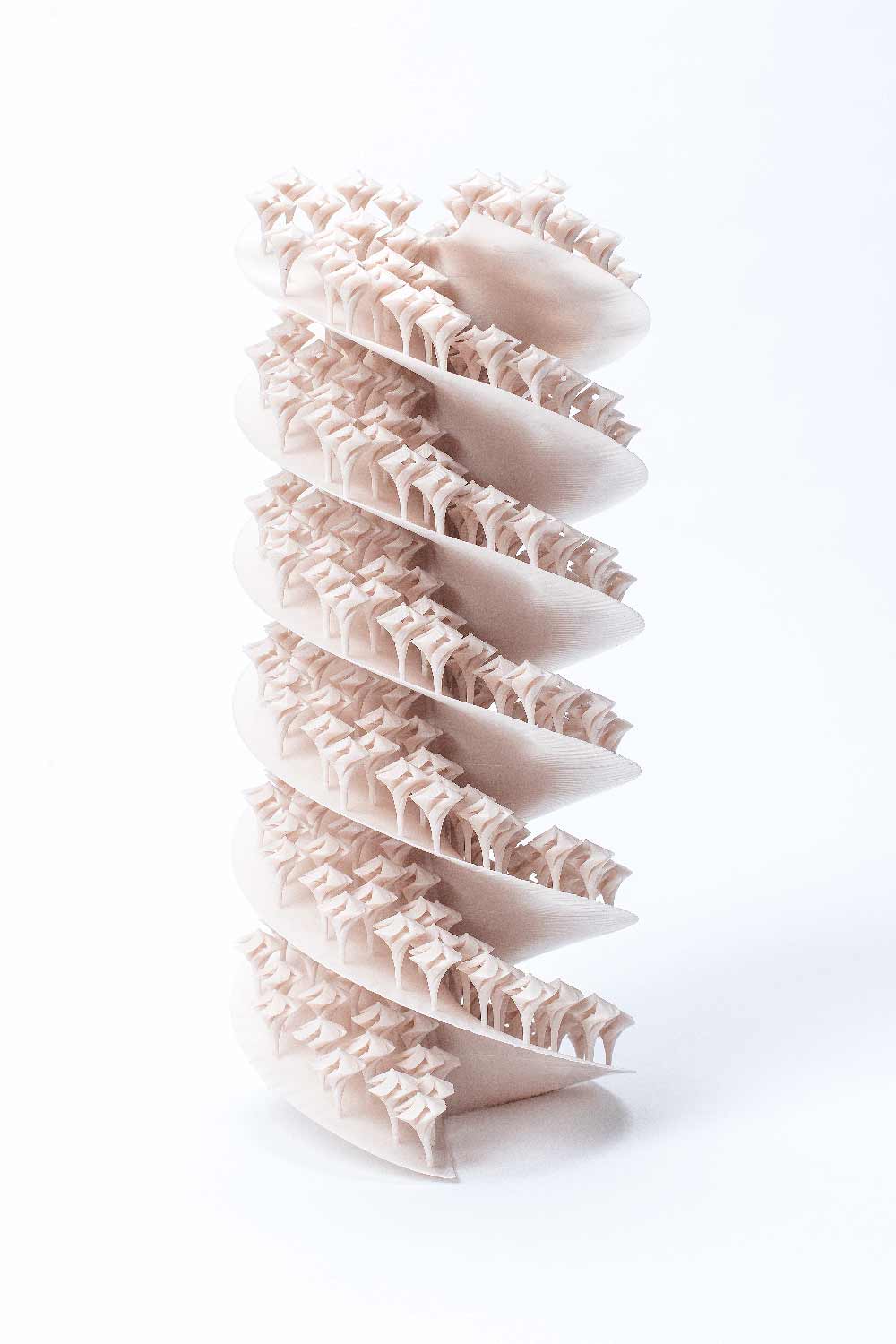