“Carbon3D’s CLIP technology has allowed us to realize our need for high-speed, high-quality printing of actual automotive-grade parts,” said Raj Nair, Group Vice President of Global Product Development and Chief Technology Officer. “We are excited to further our relationship and look forward to innovating together to make 3D manufacturing a reality.”

Carbon3D’s CLIP technology uses a tunable photochemical process instead of the traditional mechanical approach, eliminating the shortcomings of conventional layer-by-layer 3D printing technology, to rapidly transform 3D models into physical objects. CLIP carefully balances the interaction of UV light, which triggers photo polymerization, and oxygen, which inhibits the reaction, allowing for continuously grown objects from a pool of resin. The resulting parts boast mechanical properties that are applicable for a range of industries, including aerospace, industrial goods, medical, dental and of course automotive. These predictable mechanical properties allow for part creation across the range of needs for Ford vehicles including under the hood, interiors and high strength to weight ratio parts.

“Working with Ford offers a great opportunity to further prove our technology’s ability to produce the wide range of material and mechanical properties that are needed across the automotive industry to truly achieve 3D manufacturing,” said Joseph DeSimone, CEO and Co-founder of Carbon3D.

The array of materials and mechanical properties needed for automotive applications has relegated conventional 3D printing to conceptual prototyping. With only a handful of available materials and printed parts that are shale-like and weak, the resulting mechanical properties of conventionally 3D printed parts are unsuitable for in-vehicle use. As well, the speed at which parts have been created with conventional technology has left designers and engineers stagnated in slow prototyping.

Ford worked to produce elastomer grommets for the Focus Electric and tested them against those made by traditional 3D printing methods. Not only were the grommets made in less than a third of the time with the CLIP-based device, the material properties were much closer to the final desired properties for the part. The grommets are used in a space in the door of the vehicle between the door and the body side. The grommet allows wiring to be protected from being cut and damaged by sheet metal inside the vehicle. In a similar study, several alternative designs were evaluated for a damping bumper part on the Ford Transit Connect using CLIP technology. The game-changing manufacturing time allowed engineers to make design iterations much more quickly than with traditional methods.

Most recently, Ford needed to address a major engineering issue that arose after placing a V8 engine into a new vehicle body design. The vehicle’s design created an unreachable oil filler cap because the engine sat lower and farther back under the hood. The product engineering team realized the opportunity to quickly address the issue using Carbon3D’s CLIP-based device. The team was able to rapidly design, prototype and manufacture an oil connector using rigid polyurethane and elastomer materials to access the oil fill tube without needing major redesigns to several components of the vehicle.

Beyond the current vehicle applications, Ford has also been able to expand its own materials research because of CLIP’s gentle process and dedication to high quality polymeric materials. To date, the team has tested several materials including resins reinforced with nano-sized particles. The automaker is eager to further investigate resin modifications for improved mechanical properties and consider the creation of thermally and electrically conductive materials for future vehicle applications.

“We’re thrilled. The parts we’ve produced are mechanically strong, just like injection molded parts. That’s the target we’ve set for an automotive grade part,” said Ellen Lee, Team Leader, Additive Manufacturing Research at Ford. “The chemistry that Carbon3D has based their resins on has significant potential to yield functional, durable materials. We’re excited to be able to tap into their technology to create new automotive relevant materials and applications for digital manufacturing. It’s revolutionary.”

Learn More About How Ford is Using CLIP: https://carbon3d.com/stories/ford-motor-company-on-the-road-to-3d-manufacturing

Ford Motor Company, a global automotive industry leader based in Dearborn, Michigan, manufactures or distributes automobiles across six continents. With about 194,000 employees and 66 plants worldwide, the company’s automotive brands include Ford and Lincoln. The company provides financial services through Ford Motor Credit Company. For more information regarding Ford and its products worldwide, please visit corporate.ford.com

Carbon3D, a Silicon Valley based company, was founded in 2013 in Chapel Hill, NC. Working at the intersection of hardware, software and molecular science, Carbon3D is delivering on the promise of 3D printing, allowing commercial customers to go beyond basic prototyping to achieve 3D manufacturing. The Continuous Liquid Interface Production technology (CLIP) was introduced simultaneously at TED 2015 and to the scientific community on the cover of Science Magazine (Science, March 2015). Carbon3D has received $41 million in funding through Series A and B financing rounds led by Sequoia Capital and Silver Lake Kraftwerk respectively. Most recently, Carbon3D also received a $10 million direct investment from Autodesk’s Spark Investment Fund. For more information please visit Carbon3D.com 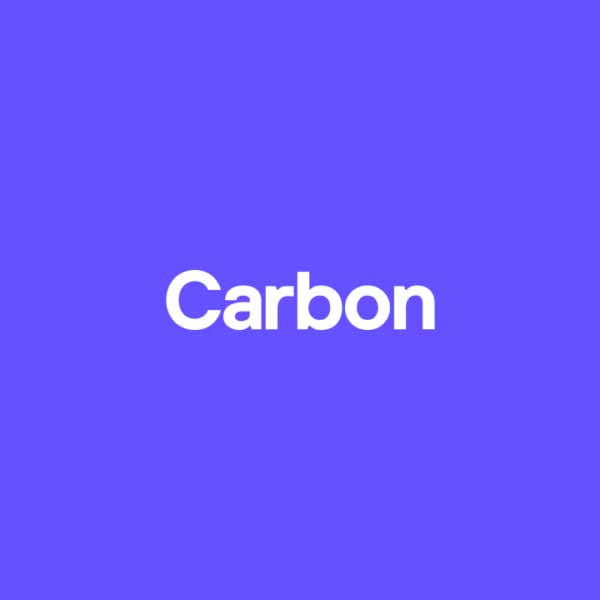