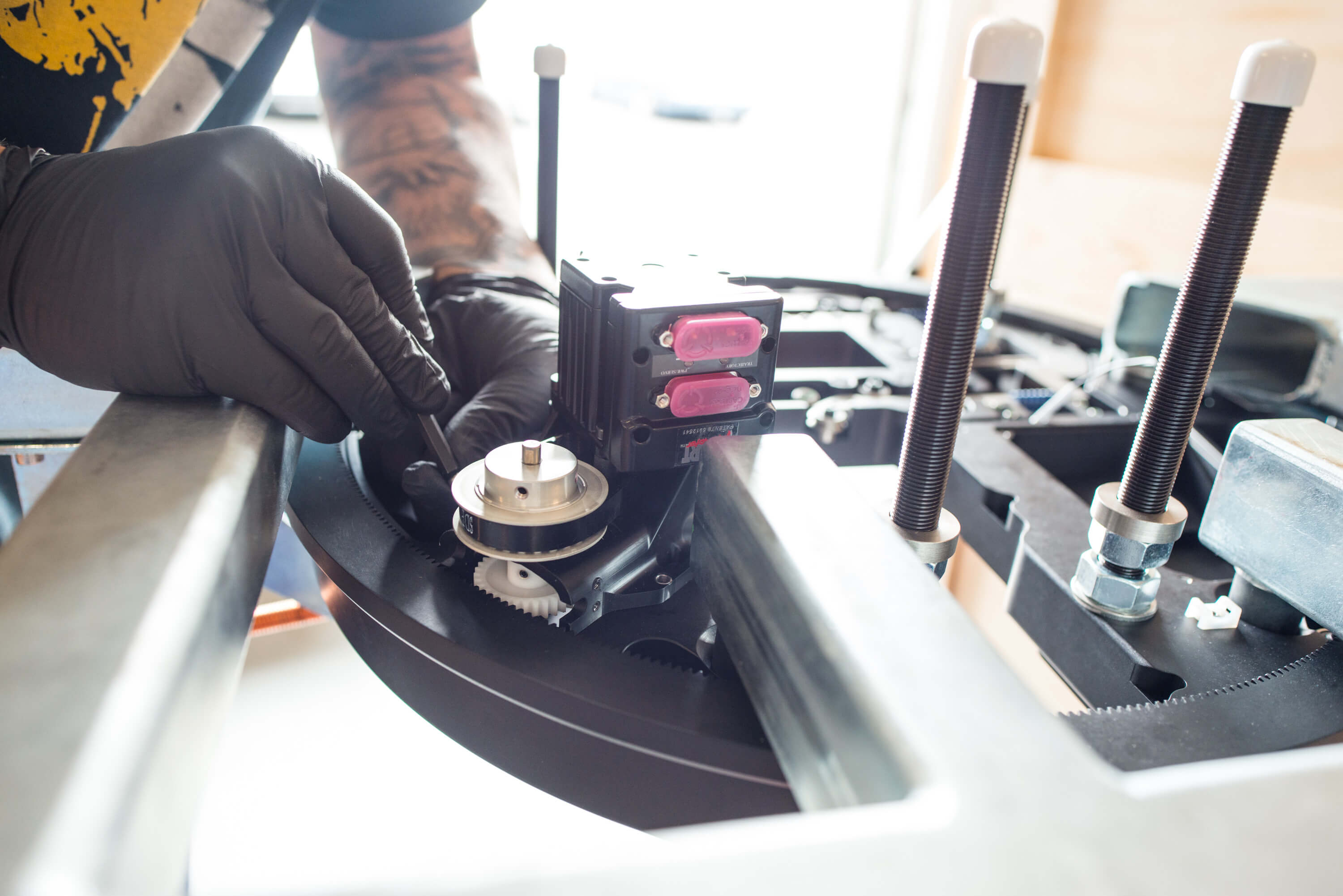 EJ Sabathia, a mechanical engineer at Carbon, recently designed an M1-printed motor mount which operates the door of the printer. During initial M1 product development, the door, which opens and closes with a foot sensor, was experiencing consistency issues with the gear lash and belt tension of the original aluminum, CNC-machined, motor mount. To address this, EJ worked to iterate on part design using RPU resin. When asked about the choice of materials, EJ explained, “for this particular part we were looking for both tensile and yield strength. This part has to hold threads and it has to withstand a lot of tension since it’s mounted to a machine with screws. RPU was the perfect choice.”

During functional prototyping tests with the M1-printed part, EJ was inspired to produce the final part using the machine itself. Although his original intention was to switch back to aluminum once the design was modified, EJ realized that replacing it with the RPU part gave him the functional properties he needed for end-use, and ultimately eliminated noise from the motor that was previously amplified by the aluminum part. 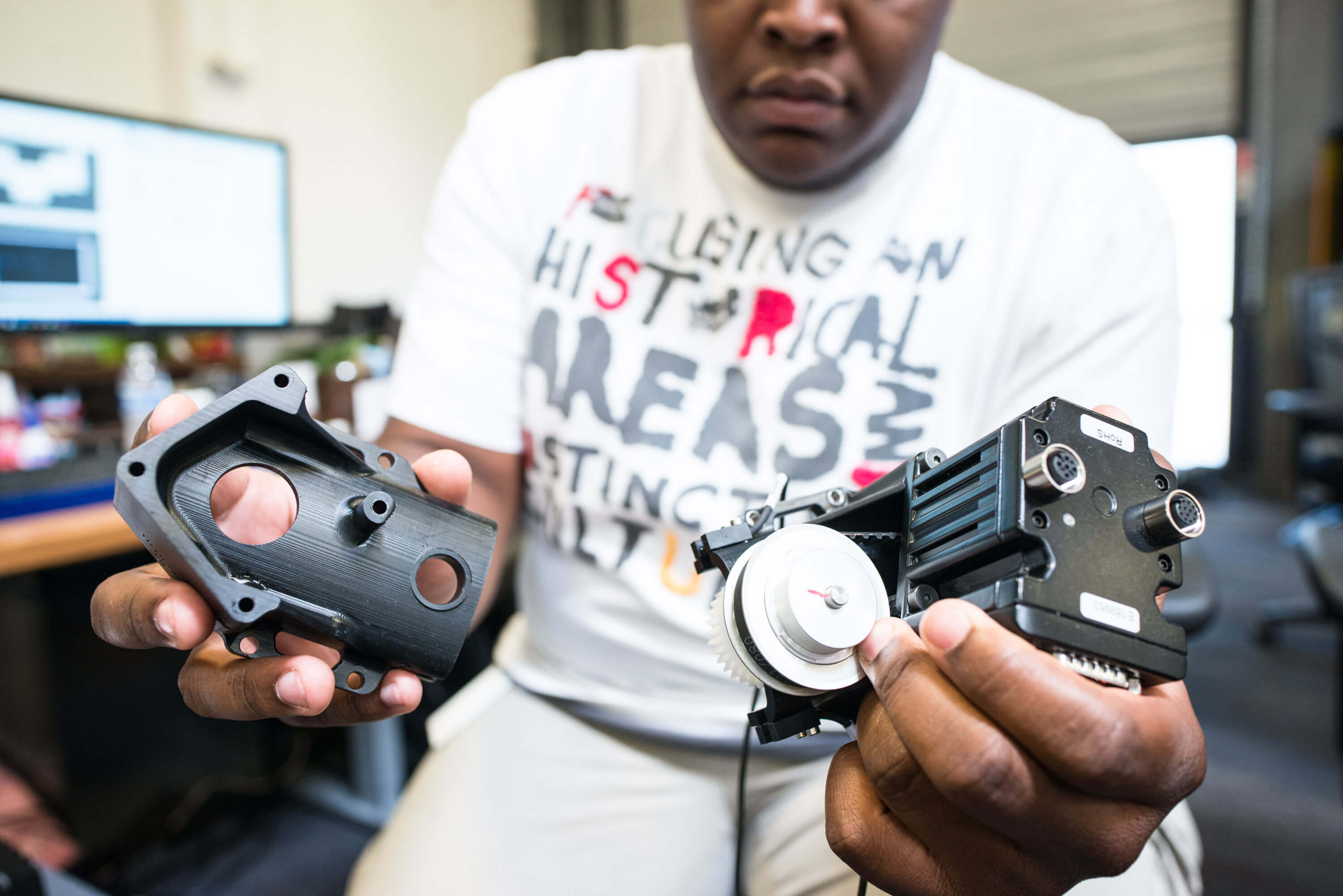 Working with Carbon’s advanced design team and print studio, EJ made several adjustments to the original design so that it would print more accurately, faster, and at a lower cost per part with CLIP.

During the process, EJ leveraged CLIP for greater flexibility compared to the original machining process. He explains, “when you design a part for machining, you’re always trying to figure out where you can remove material, or where you can add strengthening features. With traditional manufacturing technologies, you want to remove only as much material as you need to. Additional iterations of removing extra material takes time, and time is money. In that sense, these are the features you get ‘for free’ with CLIP. CLIP opens up a big design space and opportunity to continually improve.”

He further described how CLIP helped him to reduce overall cost of part production. “The best part is that with CLIP, unlike traditional manufacturing, you don’t have to consider the costs of changing your tools and your mold each time you want to change the design. You just upload a new STL file. As the approach to designing for CLIP evolves, we can continue to optimize, add features, and just swap the part out.” 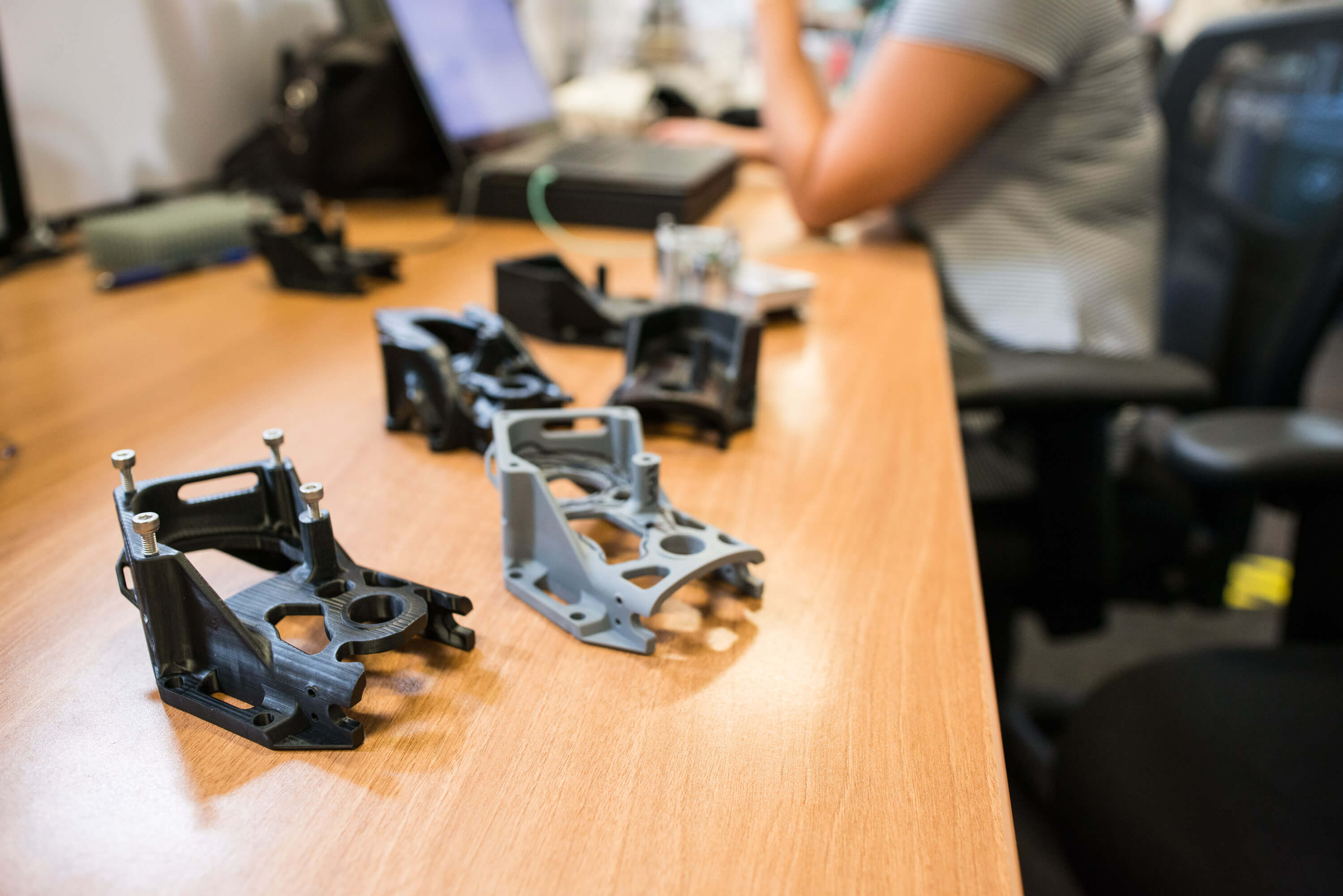 EJ found that the M1 is perfect for lower volumes of production. “CLIP gets us to the best price point for the volume we want to produce right now. If the team had machined the part with aluminum, a blanketing or dampening material would have to be added to account for the sound issues.” Producing the motor mount with the M1 ultimately lowered cost per part by $8.

While engineers are hard at work to further optimize the functionality of our our machines, the RPU motor mount is already being produced and installed in the M1.

When asked about his future plans to design other parts for the M1, EJ says he already has several projects underway. EJ joined the Carbon team with the desire to have a greater impact on product design. “The ability to do things differently is one of the reasons I came to Carbon. In other places I’ve worked, I would have used 3D printing technology solely for prototyping, but would have had to rely on traditional methods for final production. At Carbon, I’ve been given the freedom, the opportunity, and the technology to prove that 3D printing can be a means for final part production.”