Professor Vladimir Jiranek and Dr. Tommaso Watson, leading academic researchers at the University of Adelaide, had the vision to automate their research processes by integrating robotic sampling of key lab components—in this case, the water-filled airlock, the design of which had not changed in decades. This case study describes the airlock redesign challenges faced by this research group, their journey through various manufacturing alternatives, and their ultimate solution based on a redesign and production with Carbon’s technology. Working with a leading contract manufacturer, The Technology House (TTH), the research team successfully produced a redesigned airlock using Carbon’s M Series printers and high temperature resistant CE 220 resin.

The first challenge Dr. Watson and the team tackled was to improve the efficiency of the research process by introducing robotic sampling of flasks used for testing. A robotic arm would be used to draw samples from these flasks, reducing the number of manual steps in the testing process and therefore the potential for human error. Previously, a technician had to sample the flasks manually to study the fermentation kinetics. The second challenge was to change the airlock design so that a large number of flasks could fit on a static test platform. This meant that the airlock needed a complete redesign.

Figure 1 shows a traditional water-filled airlock and shake flask used by the team prior to the redesign. The purpose of this airlock is threefold: 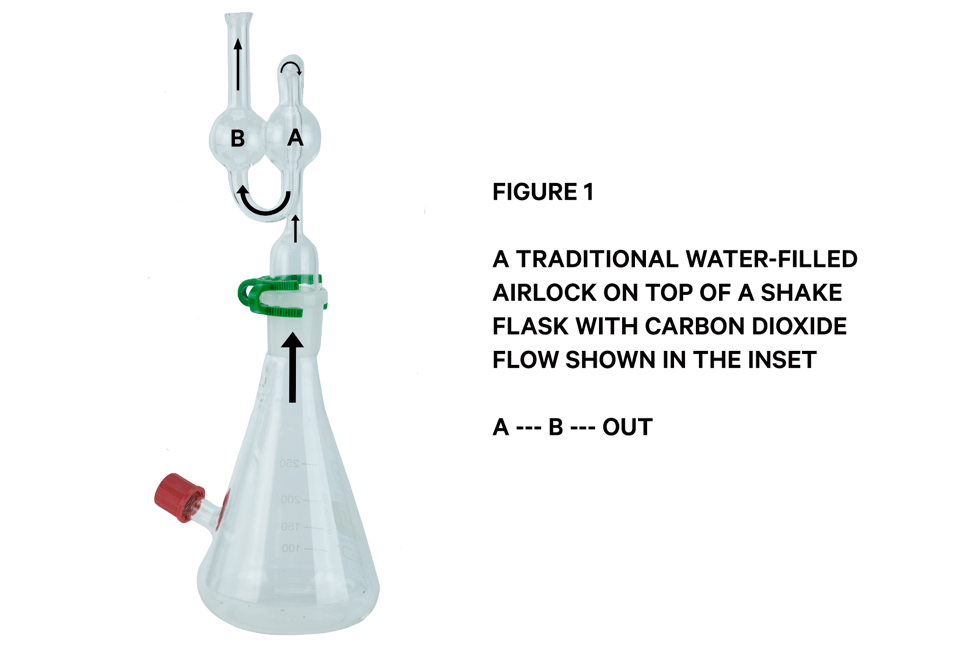 From the outset, Dr. Watson and the team worked on reducing the form factor of the airlock and flasks so that they would be able to fit more flasks on the test platform, thereby enabling robotic overhead sampling. When the team embarked on the redesign, they were targeting to fit 96 flasks on the test platform. Prior to reaching the final solution based on Carbon’s technology, the team explored two other manufacturing approaches; each of which required an entire product development cycle. 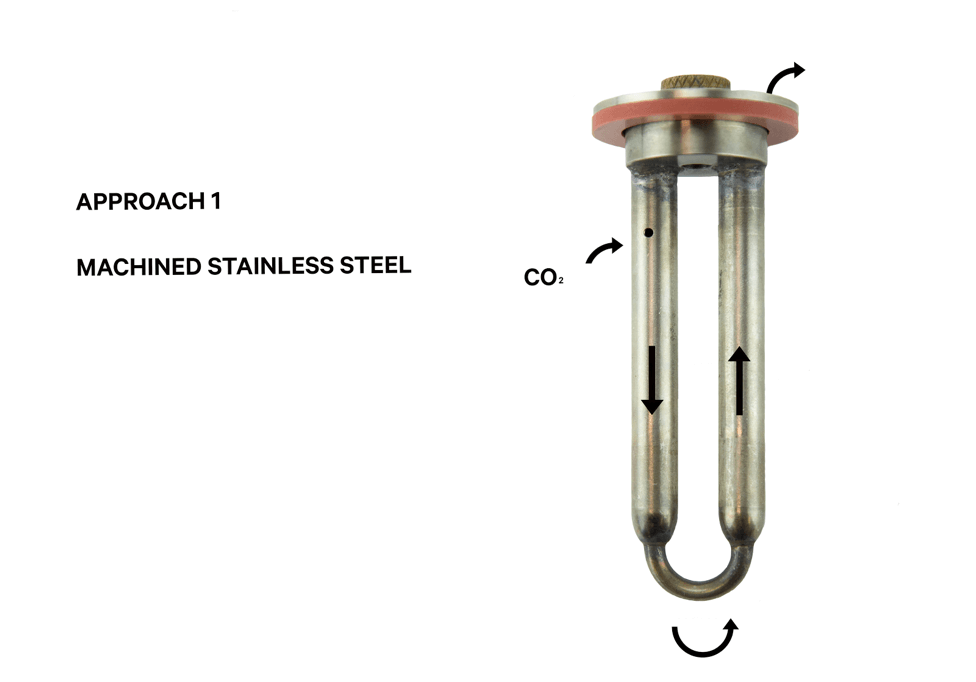 In the first approach, the airlock was designed and manufactured from several stainless steel parts assembled with silver soldering.

COST OF DEVELOPMENT: High, due to machining of individual steel parts and soldering

TIME FROM DESIGN TO PRODUCTION: Long, due to machining and soldering complexity 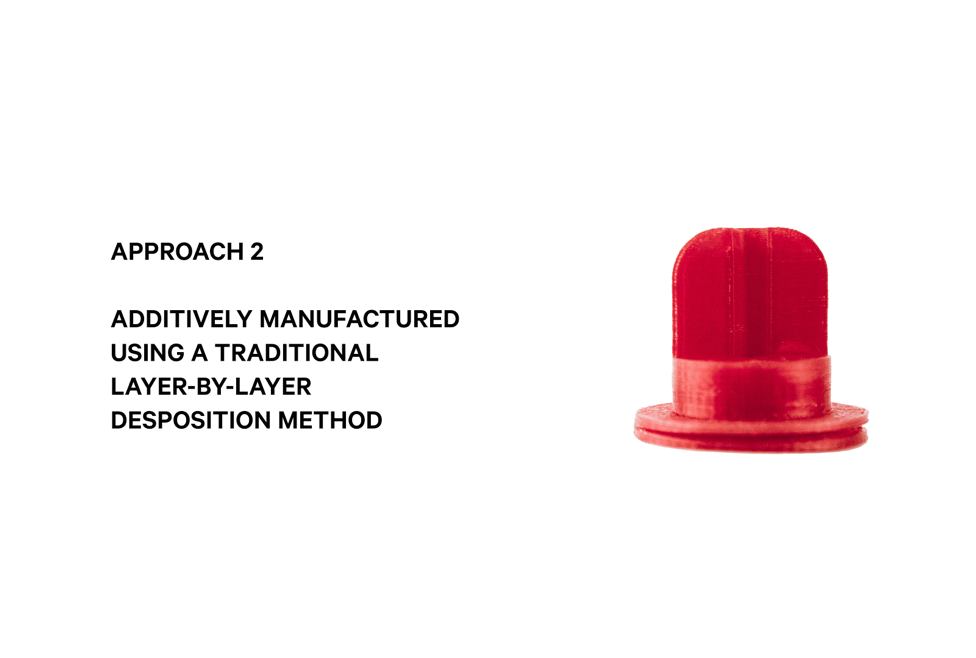 In the second development approach, the research team tried to address the disadvantages of Approach 1 by using a different material. Due to the complex design, the team explored the design freedom offered by additive manufacturing and used two commonly available thermoplastics, ABS and PLA, to 3D print the airlocks using a layer-by-layer deposition technology. Using this approach, the team also hoped to address the high weight disadvantage, as well as the lack of internal visibility of the airlock.

TIME FROM DESIGN TO PRODUCTION: Very long, due to challenges associated with airlock design iteration such as printing air channels, overhanging surfaces, and solving adhesion imperfections 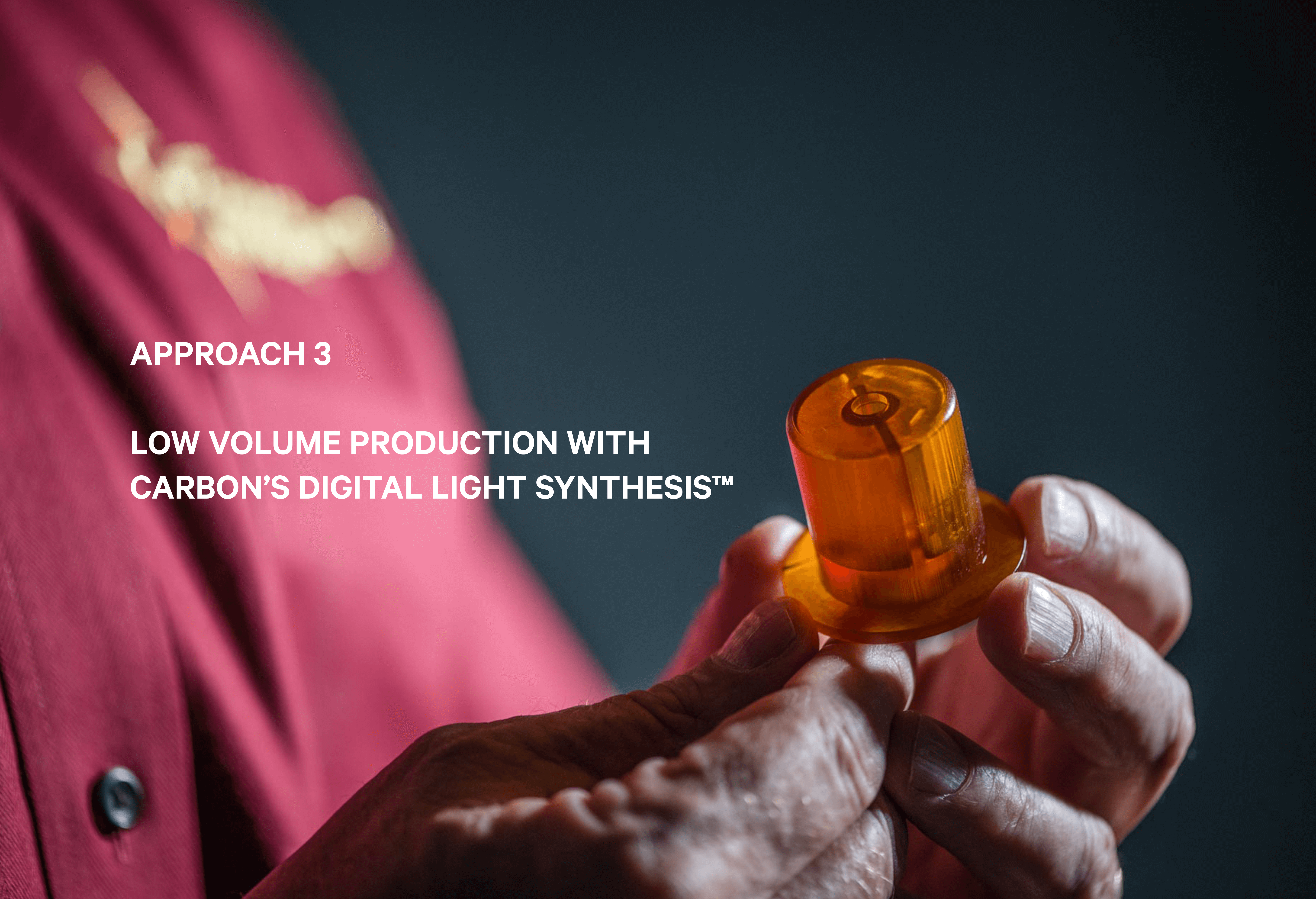 In the third and final approach to product development, the research team looked for a solution that combined both the flexibility and design freedom of additive manufacturing with autoclavability and required functionality. The team was introduced to Digital Light Synthesis™ technology by The Technology House (TTH), a leading contract manufacturer. With their wealth of experience in using Carbon’s technology and the M Series printers, the engineers at TTH evaluated the research team’s design, materials, and functional requirements, and began production using Carbon’s Cyanate Ester resin (CE 220)—delivering the perfect airlock.

ADVANTAGES (in addition to those listed in Approach 2):

COST OF DEVELOPMENT: Low, due to ease of air channel printability with Carbon technology

TIME FROM DESIGN TO PRODUCTION: Short, less than one week

Academic researchers at the University of Adelaide, led by Professor Jiranek and Dr. Watson, were looking to solve a process challenge by replacing an error-prone manual process with the robotic sampling of flasks. To achieve this, they had to innovate on the airlock design. Using Carbon’s technology, researchers produced the most robust functional parts at the lowest cost and in the shortest development time. Table 1 shows the comparison of all three product development approaches, as tracked by Professor Jiranek and Dr. Watson.

Table 1: Comparison of cost and time for the three product development approaches

The final airlock is more compact and replaces the previously bulky flasks with smaller flasks (Figure 5). This miniaturization also unlocks the ability to accommodate 384 flasks instead of the initial target of 96 flasks, enabling easy robotic sampling. The University of Adelaide with TTH’s continued partnership plans to produce and use thousands of these CE 220 airlocks over the next few years. This new airlock design represents an important new contribution to small-batch winemakers and research teams worldwide, as they further their understanding of wine research. 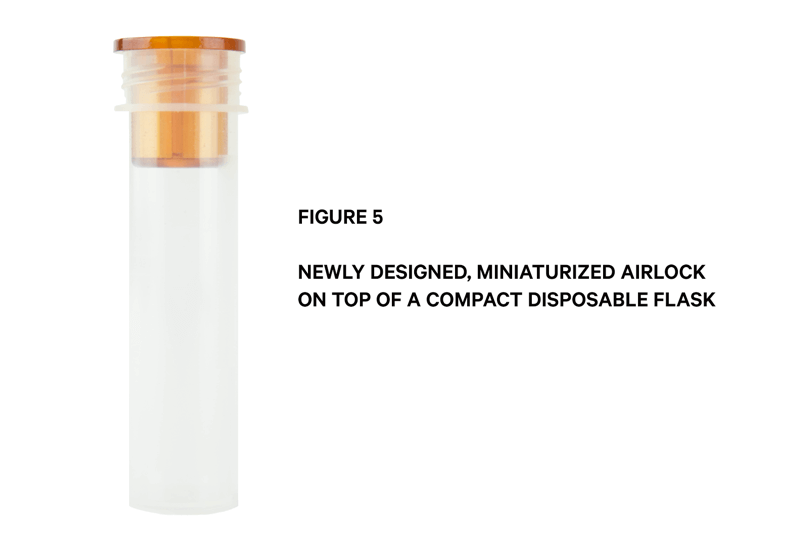 Additive manufacturing unlocks design freedom for engineers, industrial designers, and researchers alike, allowing them to completely rethink traditional designs, materials, and processes available at their disposal to make final parts. The research team at the University of Adelaide innovated on an airlock design that had not changed for decades and had become a bottleneck for their wine research process efficiency. The team innovated on the part design, the material used, and the manufacturing process used to make the final part. They not only achieved a better functioning part that helped them move to robotic sampling but also produced airlocks with over 60% lower cost of development and over 67% lower time of development, compared to both alternative approaches (Table 1).

If you are interested in learning more about our printers, resins, and software features, please reach out via our contact us web form or drop us a note at sales@carbon3d.com. 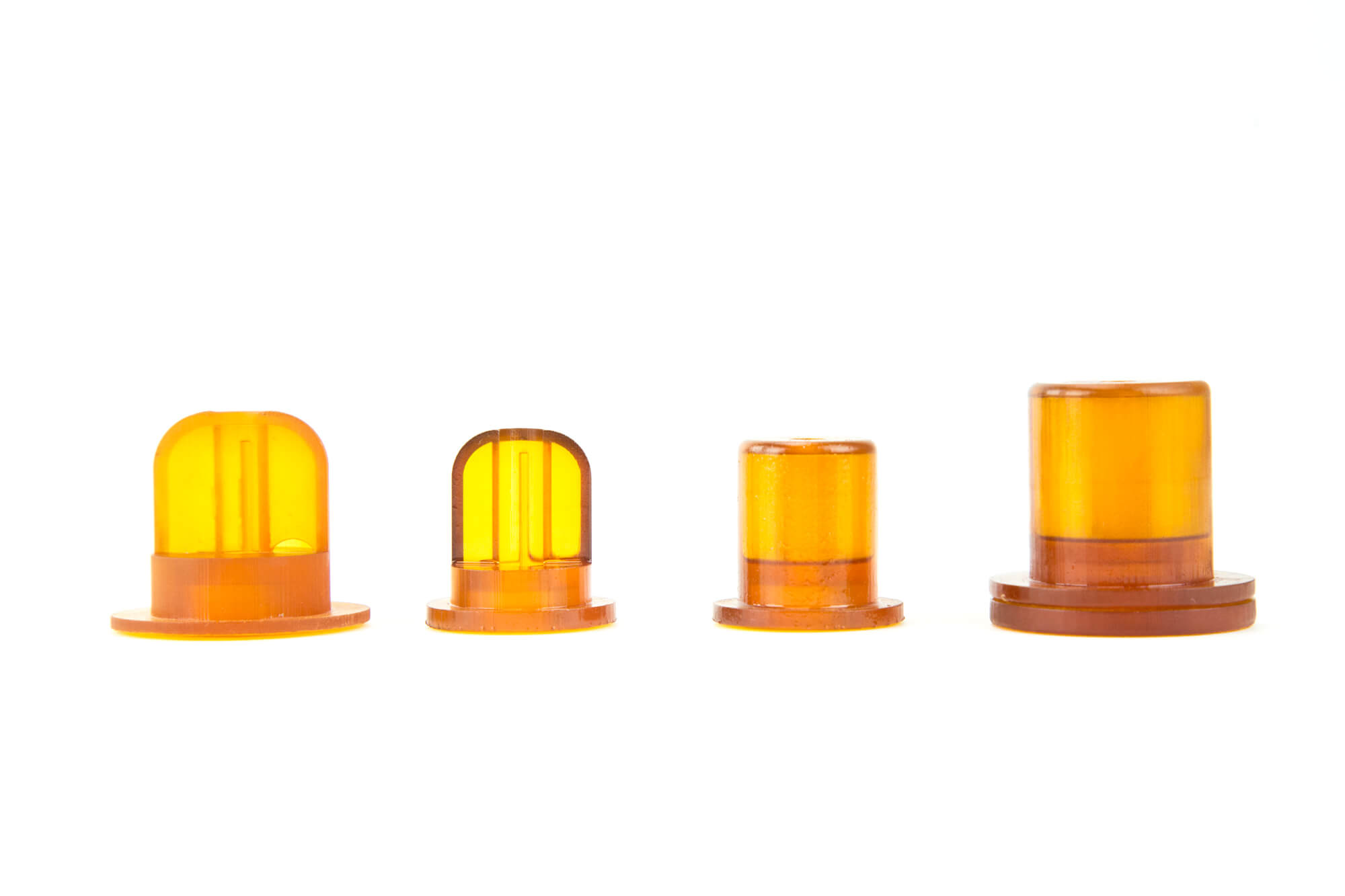